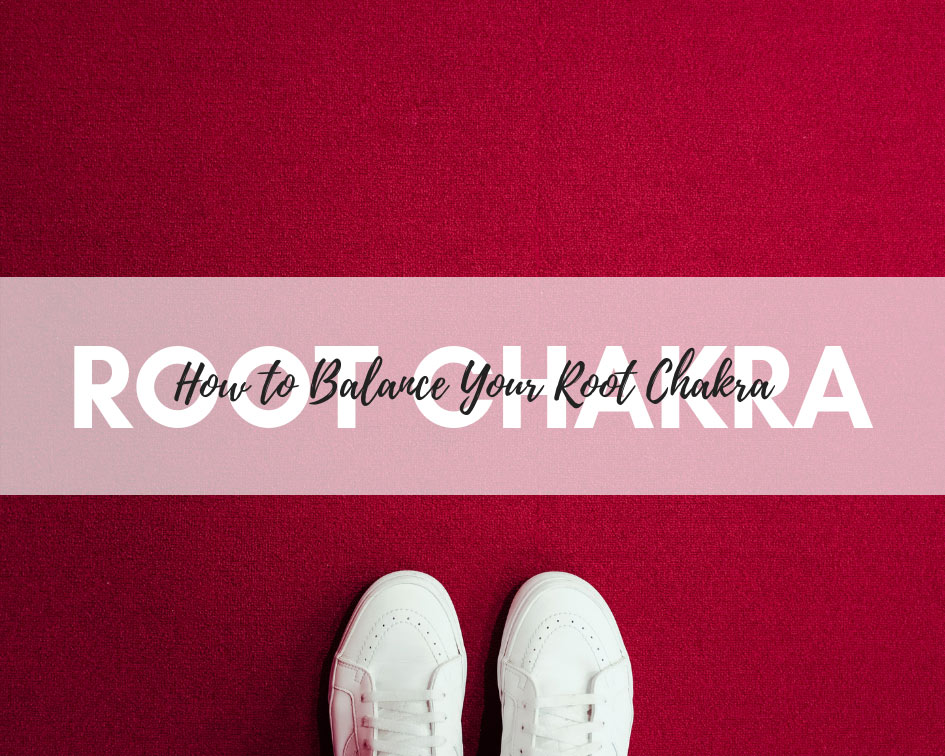 By now most people are familiar with the chakra system, but it is still easy to forget just how much influence these spinning energy discs have on our daily lives. The impact of our cumulative decisions and experiences can cause blockages in our chakras; this is something we need to keep in mind so that we can consistently function as the healthiest, happiest humans we can be.

Of all the chakras, the root chakra is probably the most influential on our overall balance. The root chakra, known in Sanskrit as Muladhara, is responsible for keeping us grounded. It acts as an anchor, rooting us firmly to the earth and holding all other primary chakras in place. This ‘first’ chakra gives the six other primary chakras energy, which makes the optimal function of those chakras somewhat dependent on it.

The name Muladhara is associated with the words ‘support’ and ‘root’. Mula means ‘root’, while ‘adhara’ means ‘support’ or ‘base’, hence the English name; it is frequently called the base chakra, which has similar connotations.

Download our FREE 7 Days to Bliss workbook to learn more about the chakras in your body and ways to rebalance them!

Where is the root chakra?

The words ‘base’ and ‘root’ give an indication as to where this chakra is located in our bodies: the base of the spine, or coccyx, to be precise.

Our root chakras relate to worldly matters, which is why they are responsible for keeping us grounded in the physical. The location of the base chakra means that it is the closest primary chakra to the earth, so it makes sense that it’s responsible for grounding us.

As the physical is intrinsically linked to the mental and spiritual aspects of life, the root chakra has a palpable effect on those areas too.

Key characteristics of the root chakra

In Hindu Tantrism, the root chakra is associated with the God of Muladhara, Lord Shri Ganesha Muladhara. It is often represented by a lotus with four petals. This chakra is linked to our sense of smell, symbolized by the nose; its tarot suite is Pentacles, its shape is the square, and its vowel sound is O.

Muladhara is the chakra responsible for all things physical, including your life purpose, identity, stability and relationship with your environment. It is also strongly connected to your sexual energy, as indicated by its location in the coccyx/perineum area. Your drive, attitude towards sex and processing of sexual experiences are affected by its state.

In diagrams and chakra meditations, the color for the first chakra is red. That’s also why in crystal healings, red stones like garnet, bloodstone, and carnelian are placed over the corresponding chakras.  The color red itself stands for power, courage, passion, anger and drive, sexuality and love. It makes sense, that the root chakra affects all these aspects of our lives.

What happens when the root chakra is out of balance?

When our root chakras are out of balance, a lot can go wrong for us. The chakra can become overactive or underactive, causing different symptoms. Over-activity is usually determined by aggressive traits, while under-activity is mainly characterized by passivity in the affected areas.

As the base chakra carries ancestral memories, at some point most people will experience blockages within this chakra. It can take work and discipline in order to rebalance it, and especially to sustain that balance and grounded state.

Similarly, the root chakra may hold energy from issues cemented in early childhood. These issues may be long forgotten but are still impacting your life to this day. When balancing this chakra, spontaneous clarity and healing may occur.

Our sense of stability can take a knock, leaving us feeling insecure in our physical environments; this may manifest as issues with physical necessities like food, money, security, and work. Experiencing uncomfortable emotions like guilt and shame – especially in relation to sexual trauma – is also common. An overactive root chakra might result in sexual promiscuity, for example.

You might find that physical ailments flare up due to an imbalanced root chakra. Because of its proximity to the digestive system, bowel and reproductive organs, disorders are apt to materialize. For example, men might develop issues in the prostate gland. The same can be said for the musculoskeletal system: problems in the hips and legs are not uncommon.

An imbalanced root chakra can also result in psychological imbalances; for instance, you may struggle with trust issues and find it hard to accept situations as they are. It helps to recognize that the fundamental issue is fear, and all other negative emotions stem from this.

We all know what it’s like to feel ungrounded. If you feel mentally scattered, emotionally lost or confused and unable to concentrate or make decisions your root chakra can be out of balance. Emotions often become irrational and disconnected, so that a person finds it difficult to understand their own tendencies and reactions.

Over-activity could lead to aggression and anger, along with the urge to dominate to regain a sense of control. Under-activity might mean disconnection from others, the environment, and our own bodies; apathy and demotivation is a common consequence. A person can quickly spiral into a generally negative emotional state, with anxiety, depression, and paranoia difficult to shake off.

Your other chakras are depending on it

Due to the energy, it donates to other chakras, if the root chakra is blocked, your other chakras will probably be impacted too. As you can imagine, this can knock your whole being off balance.

Your root chakra is essentially your foundation, and any kind of success relies on stable foundations. It makes sense to prioritize root chakra balancing; the higher chakras will naturally be a lot easier to balance afterward. Once you’re grounded, you have a great basis to heal from!

How to balance the root chakra

Dedicate yourself to yoga

Yoga is the perfect tool for rebalancing your chakras, and there are plenty of postures that will benefit the Muladhara. Tree pose is a great example: you’re planting a foot firmly on the Earth, rooting yourself to it. This naturally leads to grounding.

To practice, tree pose effectively, aim to position your hips directly forward. Root one foot flat on the floor and place your other foot either just above the ankle, knee or inner thigh, dependent on your ability. If your are and advanced yogi, you might aim for a half lotus variation in tree pose.

With a straight back and strong core, raise your arms to the sky, straightening them out while softening the neck. When you’re in the correct position, visualize yourself connecting to the earth and see your root chakra spinning and glowing red. Repeat this on the other side and notice how much more connected you feel afterward!

Taking a shower is a simple and pleasurable way to ground. Water is an incredibly cleansing earthly element known for clearing out negativity and refreshing the spirit.

As the water flows over your body, visualize it cleansing you inside as well as outside. Thank the water for its cleansing properties and see your energetic blockages melting away and washing down the drain.

There are many ways to meditate for grounding and healing. When you have an imbalanced root chakra, meditating on the healing of this chakra can work wonders. Seated meditation is ideal, as it is easy to visualize the chakra and feel its physical location.

Remembering that this chakra serves as an anchor helps to see it in the mind’s eye. Your intention is to reconnect to the earth; do this by seeing your glowing red chakra in its position by the coccyx. Send energy downwards from it, spiraling down into the earth’s core.

Intention is a powerful thing; the most creative force in the universe, in fact. When you state your intention, you are declaring what you want to attract. One of the biggest problems people face is often deciding what they even want in the first place!

It’s time to get clear. You feel out of balance, so your intention is to rebalance. Because a root chakra imbalance often means you feel disconnected, lost or insecure, explore those feelings. What have they translated to in your mind? If you feel unable to relate to others, you could create a simple affirmation like, “I easily connect to other people.”

If you feel that you seek purpose in life, say, “I accept clarity from my higher self and welcome purpose into my life.” If you’ve been struggling with anger or resentment, you could say, “I feel peace and acceptance of what is,” or, “I relinquish the need to control.”

It’s up to you to analyze your negative beliefs and turn them on their heads with positive reinforcement. Your root chakra will respond to these positive vibrations and before you know it, you’ll feel more balanced and happy.

Put on your red shoes… and dance the blues!

Wearing red is a common practice for those wishing to establish balance in the root chakra, so try that out… and like yoga, dancing is such a meditative practice that it can’t fail to make you feel good. Doing it alone means you won’t be focusing on what anyone else thinks of you, so you can relax into a groove with your favorite music playing.

It’s a little like walking in nature in that it encourages presence, grounding, and reconnection to the body. Singing along to the music is also a great idea – you can rebalance your throat chakra while you’re at it!

Hopefully, it’s now clear that balancing your root chakra is not only necessary but a pleasant experience too. You’ve got nothing to lose and everything to gain, and if you feel any resistance to that idea… it probably means your root chakra needs balancing! Good luck. 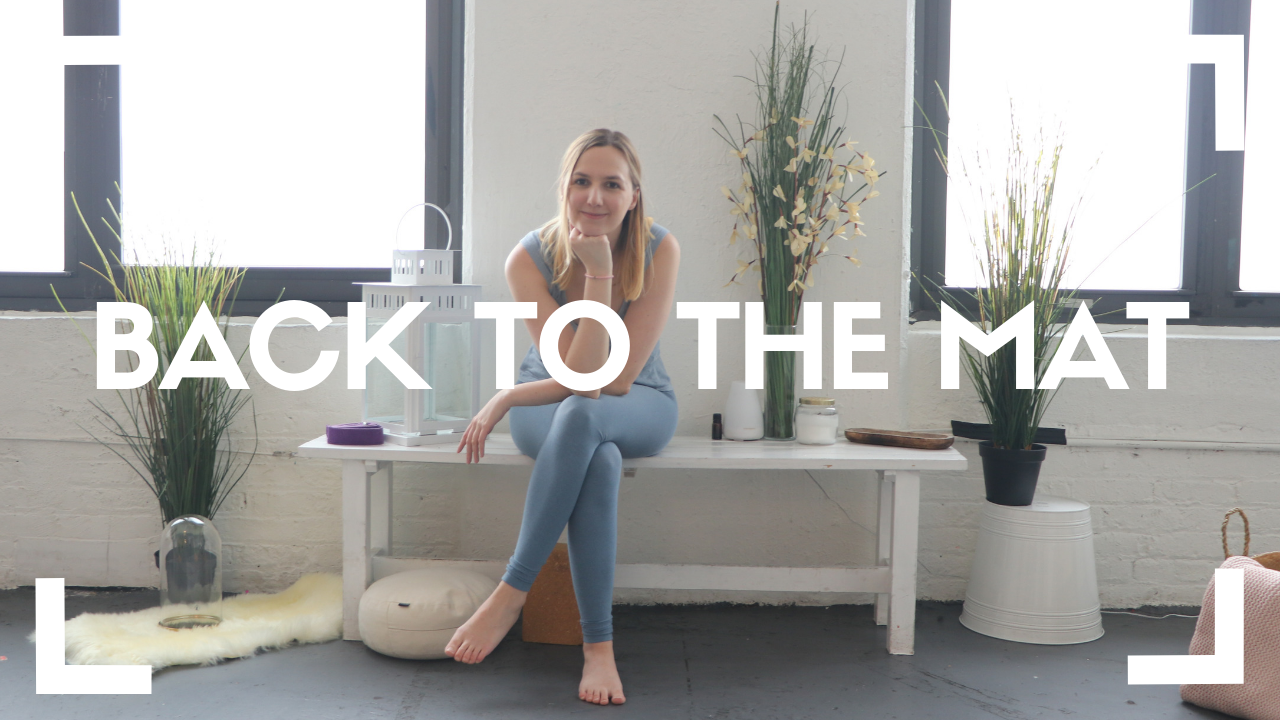 Join 14,000+ women who start their week with yoga, meditation and mindfulness 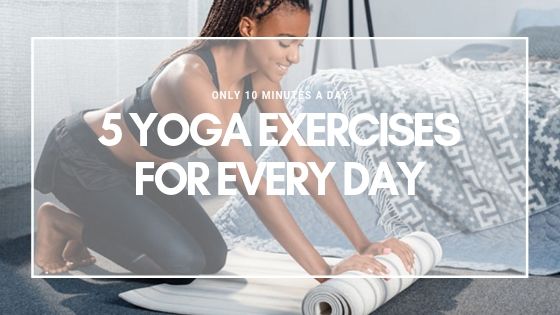 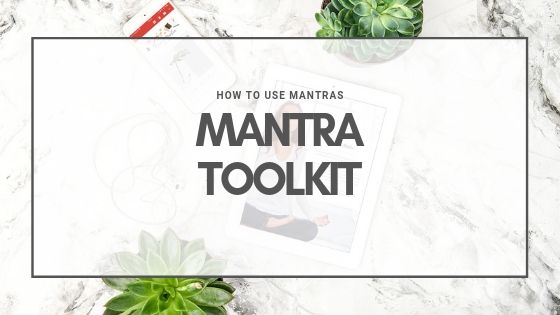 Sneaky little tip for you: You can come to Child's

As soon as you wake up tomorrow, repeat this #Morn

This is your friendly reminder to drink some water

Slow Sunday—Sometimes you need a day off. For me